Why Are SUVs More Popular Than Sedans?

Why Are SUVs More Popular Than Sedans?

Over the past decade, SUVs have risen in popularity, to the point that there aren’t really any new sedans to speak of. For example, the mid-size sedan category is reliable like the Honda Accord, Toyota Camry, Nissan Altima, and even the Hyundai Sonata and Kia Optima are now becoming aging contenders as well. However, the SUV category has been growing with new entries like the Hyundai Palisade and Kia Telluride over the past couple of years. If that’s the case, why are SUVs becoming so much more popular than sedans?

Consumers feel that SUVs are safer than sedans

Let’s face it, SUVs are taller and heavier than sedans, which in turn makes the occupants feel safer. On top of that, the higher ride height of an SUV gives the driver a much more commanding view of the road ahead making it easier to negotiate around traffic or other obstacles on or off the road. While a higher ride height and more sheet metal might make everyone feel safer, it’s the added driver-assist features and airbags that are the cherry on top.

For example, SUVs like the Ford Edge as well as many other Ford models – have inflatable rear seat belts, which offer even more protection and ongoing standardization of driver-assist features like adaptive cruise control and blind-spot indicators and many automakers have prospective buyers feeling safer. 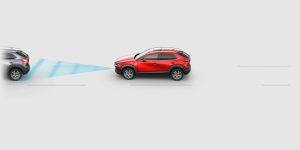 It’s a no-brainer that the bigger the car, the more cargo room you’re going to have. That is, unless you plan on buying an Acura ZDX. If not, then it’s safe to say that most mid-size and even compact SUVs have more cargo volume and flexibility than most sedans. As such, consumers tend to gravitate toward the type of vehicle that has what they need, even if they don’t really need it. 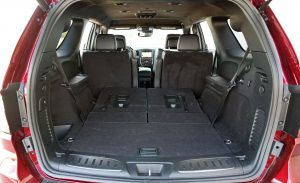 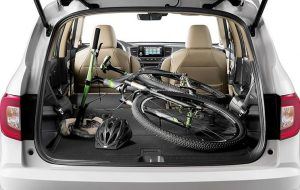 SUVs are more capable than sedans

On top of safety and cargo volume, an SUV or crossover typically lends itself to being more capable than most sedans currently in the market. When we look at the popular three-row SUVs like the Honda Pilot and Toyota Highlander, it’s safe to say that they will get you to your favorite vacation spot in the middle of winter much more easily than a Toyota Camry. Also, newcomers like the Nissan Kicks and Hyundai Kona are compact crossovers that might be small in size but offer the same number of tech-savvy features as most sedans like the Honda Civic and Toyota, but also have a higher ride height.

In the end, it comes down to value or, more specifically, what you get the for the money that you pay. For example, why buy a Honda Accord when you can get a Honda Passport for around the same price and have more head and legroom along with a greater ability to tow? SUVs, in general, can be pricier than their sedan stablemates, but the allure of getting more for your money will typically win out in the long run.

Ford seemed to capitalize on this by phasing out most of its sedan models in favor of concentrating its efforts on the trucks and SUVs. With the market currently being more and more saturated with crossovers and SUVs, pricing will be more competitive in the future as well, which means that SUVs will be an even better value proposition. Maybe one day, we’ll all be mourning the loss of the once-popular sedan.

4 REASONS WHY SUVS ARE SO POPULAR?

SUV drivers love the raised driving position which gives them better visibility of the road ahead. The commanding driving position is apparently more popularly cited as important by female drivers, research has shown this to be true.

While women enjoy the raised driving positions of SUVs, men prefer the more rugged looks of them over sedans and hatchbacks. That is rather amusing as most modern SUVs don’t look very rugged at all and neither will they see much off-roading during their lifetime.

While some sedans and hatches are rather low slung which makes it hard to get in and out of if you’re elderly but having a lower car also makes it harder to get children in and out of car seats which is why a lot of new parents choose SUVs. The longer doors raised seating and roof make for much better access to the back seats.

SUV stands for ‘Sports Utility Vehicle’ and while some of them have strayed quite far from the word sporty, they haven’t lost sight of the utilitarian part of the acronym. The boot space of most SUVs is superior to their hatch and sedan counterparts while wagons can give them a run for their money, they still lack the height of the boot opening. The larger boot comes is useful if you’re going to carry skis or bikes or other adventurous equipment, but it really won’t make much of a difference if you’re just using the boot for your weekly shopping.